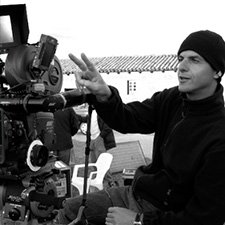 Alejandro is an award winning life/water cinematographer and has more than 20 years of worldwide traveling and filming experience.
Learned skills from legendary Jack McCoy and later teamed up with renown director Taylor Steele to shot the most renowned films of surfing / life / culture like Sipping Jet Streams, Castles in the Sky and Missing.

He shot 10 foot waves in freezing cold waters of Alaska for Mountain Dew. Filmed in the famous hit surfing video 360 for Samsung in Tahiti, for an organization that builds water pumps in the middle of central Ethiopia, climbed mountains in Ruanda to document the Gorilla's in extinction just to name a few. Corona in Mexico made the classics "From where you'd rather be" with him because his organic, fresh way of filming.