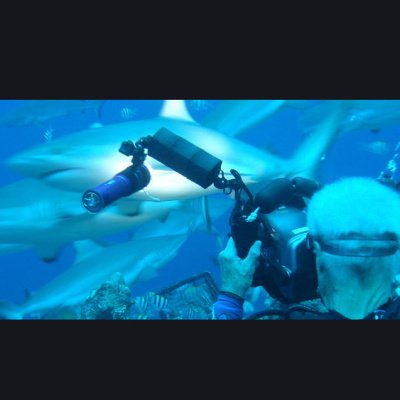 Bill Macdonald is an independent film producer and CEO of Bill Macdonald Productions. He owns and operates a stock footage archive. He received his B.S. in Political Science from California State University, Long Beach. He has over thirty years of filming experience that includes a six year period as an integral member of The Cousteau Society's diving and filming team from 1975 through 1980. Bill worked directly for the late Philippe Cousteau. In 1988, Bill Macdonald began his association with Burrud Productions during the filming of Tarawa and Big Cats as an associate producer and cameraman. His current projects have been specialized in documenting and promoting some of the world's prime dive destinations.