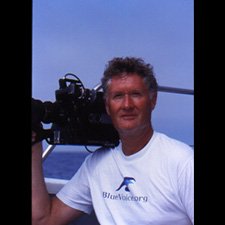 Hardy Jones began his career as a journalist, working for UPI and CBS News, before becoming an independent filmmaker. Hardy has produced 67 television films on wildlife, natural history, animal intelligence and the environment. He is a specialist in dolphins and whales and has studied and filmed a group of spotted dolphins in the Bahamas since 1978. Hardy is the co-founder, along with actor Ted Danson, of BlueVoice.org a non-profit organization dedicated to raising awareness about threats facing the world's oceans with a particular emphasis on marine mammals.