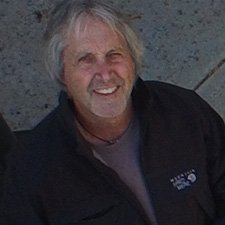 Rabin attended UCSB majoring in BioMedical and Electrical Engineering and Dramatic Arts along with a brief stint at AFI. He has worked in the capacity as writer, director, cinematographer and producer on dozens of documentaries, Live Concert venues, several Indie and Feature Films.

As a recognized technologist for cinema workflow and camera hardware he has developed and built OTW’s camera support gear and even an underwater HD capable ROV from scratch! His latest projects included working with Mike deGruy for James Cameron and National Geographic's  “Deepsea Challenge 3D” and consulting and providing footage for Sylvia Earle’s Mission Blue feature documentary which opened the 2014 Santa Barbara International Film Festival.

His work with film industry and scientific experts, technologists, non-profit Ocean advocates and government agencies reads like a Who’s Who. and he brings along some of the best crews in the industry and several regulars make their home at On the Wave Productions.

Last year Rabin produced the Academy for Underwater Arts and Sciences gala for the recipients of the prestigious NOGI award. This was a multimedia show with over 7 videos produced, one for each recipient and 2 for entertainment depicting our Oceans and their inhabitants in stunning 2K. He also created a new look for their official website as a gift to the AUAS. You can view it here: AUSA-NOGI.ORG