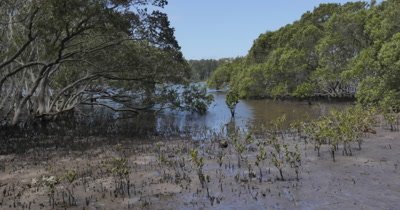 Plants in this family have simple, opposite, decussated leaves with entire (or sometimes toothed, lobed, or spiny) margins, and without stipules. The leaves may contain cystoliths, calcium carbonate concretions, seen as streaks on the surface. The flowers are perfect, zygomorphic to nearly actinomorphic, and arranged in an inflorescence that is either a spike, raceme, or cyme. Typically, a colorful bract subtends each flower in some species, the bract is large and showy. The calyx usually has four or five lobes the corolla tubular, two-lipped or five-lobed stamens number either two or four, arranged in pairs and inserted on the corolla, and the ovary is superior and bicarpellated, with axile placentation. The fruit is a two-celled capsule, dehiscing somewhat explosively. In most species, the seeds are attached to a small, hooked stalk (a modified funiculus called a jaculator or a retinaculum) that ejects them from the capsule. This trait is shared by all members of the clade Acanthoideae. A 1995 study of seed expulsion in Acanthaceae used high speed video pictures to show that retinacula propel seeds away from the parent plant when the fruits dehisce, thereby helping the plant gain maximum seed dispersal range. A species well known to temperate gardeners is bear's breeches (Acanthus mollis), a herbaceous perennial plant with big leaves and flower spikes up to 2 m tall. Tropical genera familiar to gardeners include Thunbergia and Justicia. Avicennia, a genus of mangrov... Learn more about Acanthus