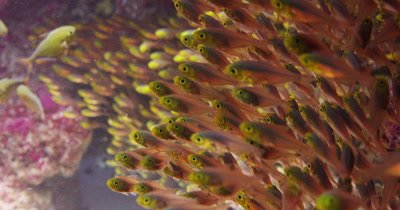 NatureFootage is now exclusively representing the stock footage collection of The Khaled bin Sultan Living Oceans Foundation, a non-profit environmental science organization that seeks to protect and restore the world’s oceans through research, education, and outreach.

The Foundation is based in the United States and was established in 2000 by His Royal Highness Prince Khaled bin Sultan of the Kingdom of Saudi Arabia. Since then, The Foundation has organized many large-scale scientific surveys including the Global Reef Expedition, the world’s largest coral reef survey and high-resolution habitat mapping expedition. The Expedition circumnavigated the globe over the course of six years to assess the health of coral reefs and brought along world class videographers to document the journey.

Their award winning films include Sharks Of The Coral Canyon, Mapping The Blue, Coral Reefs: Trouble In Paradise, and The Missing Catch.