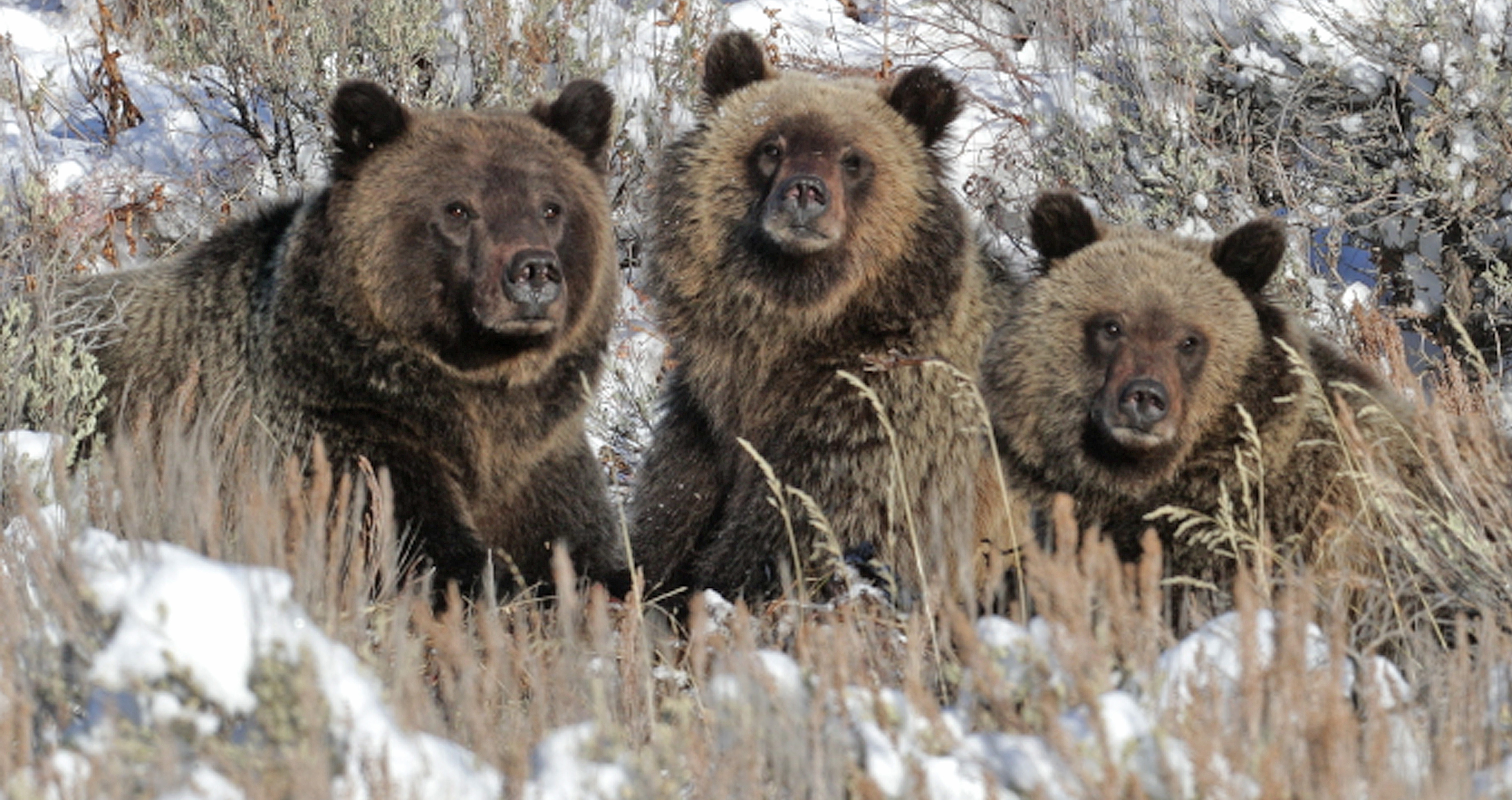 Filming grizzly bears in the snow is a real challenge. When the ground is covered in white, bears are normally in their dens. They don’t leave the den until the snow recedes and vegetation is available.  I spent four years, 2015-2018, filming the clips for this video. During spring I would wait for the first bears to come out in the lingering snow. Normally the big males come out first. Because there are no campgrounds open in early April, I would have to camp in the national forest. Day after day I would search for bear tracks. Some years I would camp for 3-4 weeks before any bears came out!

A similar problem exists in autumn. Grizzlies don’t go into their dens until they run out of food or the snow gets too deep. These two issues go hand in hand. I would have to keep track of the bear’s location and wait for a big snow to fall. Once again this
requires camping near the bears, and again the campgrounds close in October. When the heavy snow arrives in late November, the bears quickly make their way to the den. If you don’t know were the dens are located, you will miss out.


Taking into consideration that the grizzly bear is an apex predator, there is a certain level of danger involved. I don’t want to get injured, nor do I want to disturb the bears or get them accustomed to humans. These aren’t game farm shots, these are wild bears!

Using my 4K Canon 1DX Mark ll bodies and an assortment of Canon’s finest prime lenses, I’ve tried to capture the animals in their winter habitat.

Remember, their survival is our survival. Enjoy the wilderness.