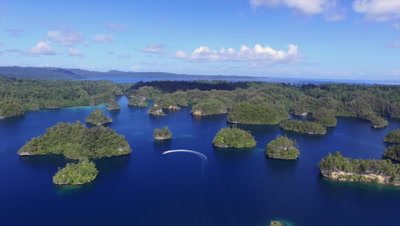 A mangrove is a shrub or small tree that grows in coastal saline or brackish water. The term is also used for tropical coastal vegetation consisting of such species. Mangroves occur worldwide in the tropics and subtropics, mainly between latitudes 25° N and 25° S. The total mangrove forest area of the world in 2000 was 137,800 square kilometres (53,200 sq mi), spanning 118 countries and territories. Mangroves are salt-tolerant trees, also called halophytes, and are adapted to life in harsh coastal conditions. They contain a complex salt filtration system and complex root system to cope with salt water immersion and wave action. They are adapted to the low oxygen conditions of waterlogged mud. The word is used in at least three senses: (1) most broadly to refer to the habitat and entire plant assemblage or mangal, for which the terms mangrove forest biome, and mangrove swamp are also used, (2) to refer to all trees and large shrubs in the mangrove swamp, and (3) narrowly to refer to the mangrove family of plants, the Rhizophoraceae, or even more specifically just to mangrove trees of the genus Rhizophora. Learn more about Mangrove

View all family groups for: Marine Plants and Algae